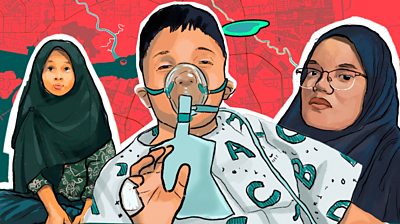 In 2019, hundreds of school children in Malaysia became seriously ill when they inhaled toxic gases from up to 40 tonnes of chemical waste that were dumped illegally into a river.

BBC World Service’s Olivia Le Poidevin visited Pasir Gudang, to meet some of the children who say they’re still suffering long-term effects because of what happened.

The Malaysian government says it’s doing more to tackle the problem of illegal waste dumping, but some families are taking legal action against it.