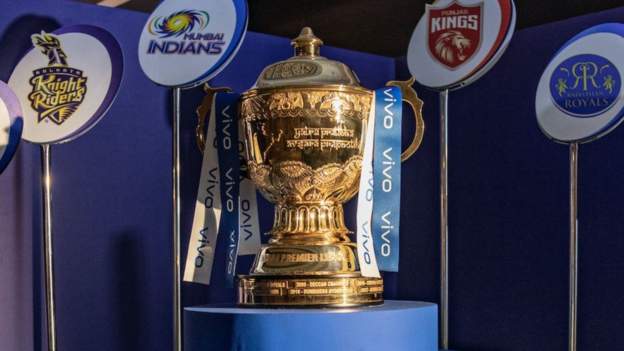 The Indian Premier League (IPL) has been suspended after an increase in coronavirus cases among players.

In a statement, the IPL said it had “unanimously decided” to postpone the season after an emergency meeting.

“The BCCI (Board of Control for Cricket in India) does not want to compromise on the safety of the players, support staff and the other participants involved in organising the IPL,” it said.

“This decision was taken keeping the safety, health and wellbeing of all the stakeholders in mind.

“These are difficult times, especially in India and while we have tried to bring in some positivity and cheer, however, it is imperative that the tournament is now suspended and everyone goes back to their families and loved ones in these trying times.

“The BCCI will do everything in its powers to arrange for the secure and safe passage of all the participants in IPL 2021.”

Over the weekend, India recorded its highest daily coronavirus death toll since the pandemic began.

The country has recorded more than 200 million cases, and so far reported more than 222,000 deaths from the virus.

The IPL was taking place across six venues in India, with players travelling between them on charter and private flights.

Teams are staying within secure areas of hotels and resorts in the various cities and do not have contact with people outside the bubble.

Kevin M. Thompson
Kevin M. Thompson is one of the best editor we have. He loves to write and curate a comprehensive article on any topic.
Share
Facebook
Twitter
Pinterest
WhatsApp
Linkedin
ReddIt
Tumblr
VK
Digg
Previous articleSee Blake Shelton Get Candid About How His Love Story With Gwen Stefani Began on The Voice – E! Online
Next articleIsrael’s Netanyahu faces midnight deadline to stitch coalition

China’s exports soar as US recovers and India stalls