Rubina Dilaik, who is currently seen in Bigg Boss 14 house, is one of the popular and successful actresses of the television industry. In her career spanning 12 years, she had played the main lead in many popular shows, but she hasn’t ventured into Bollywood, and for this, she said her ‘sour experience’ is the reason. Before entering the Bigg Boss 14 house, the actress opened up about a shocking incident.

Talking to Siddharth, the actress revealed that six years back, she wanted to work in Bollywood and went for all meetings, but she didn’t have a good experience. The Shakti-Astitva Ke Ehsaas Ki actress shared her sour experience and revealed that a big Bollywood director wanted to fart on her face!

Rubina was quoted by an entertainment portal as saying, “I found that television people are looked down upon, ‘TV actor hai? accha kaunsa show kiya, hamne to dekha nahi’. Aapko aapke background, credentials ya approach like which car are you driving? Are you carrying a Louis Vuitton? If you have Jimmy Choo shoes waisa wala funda tha and I am not brand savy. You are judged for these things. Whereas, screen tests and everything are the last thing that matter. So these things left a very sour taste and I used to feel like, ‘Really, aisa bhi hota hai” This was long back and that time I was very naive.”

The Director/Producer Asked If She Had Seen His Film

She also shared a bad experience that she had with a big director/producer. Without revealing the name of the director/producer, who is a pretty big name in the industry, she revealed how he insulted her. She said that he asked her if she has watched his film, but she said no as she was in school at that time and hailed from Shimla (Himachal Pradesh).

Rubina further said to the director/producer, “Coming from a conservative family, there were restrictions on girls to not go out for movies alone and before 7 pm we were asked to be home. So no, I hadn’t seen that film.”

She added that for her reply, “He responded with, ‘Really? You don’t know the work I have done? I just feel like farting on your face’. And I was like ‘Did I hear that right?’ He started laughing then. You are made to sit on a chair and asked ‘Tumhe pata hai maine kya kiya hai? Tum jaanti ho main kaun hoon? Tumhe pata hai tumhe kaun opportunity dene wala hai? And that time, the only thing going in my mind was I want to run from here.”

Rubina Is Happy With Television

The actress concluded by saying that as an artist it doesn’t matter which platform anyone is working on or which medium is given to anyone. She added that she is going to excel the way she is. She further said that she is happy with ‘her television’. 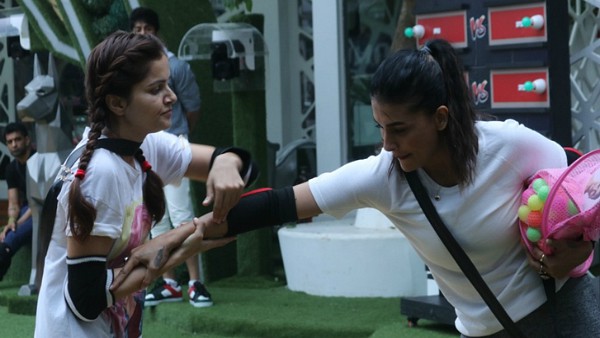