The January 13 episode of Bigg Boss 14 begins with Rahul Vaidya and Rubina Dilaik’s argument. The duo takes jibes at each other while Rubina warns him not to drag her husband. Eijaz Khan and Rakhi Sawant also get into a war of words. Eijaz questions Rakhi’s captaincy. The latter breaks and confesses to Bigg Boss that she is struggling with her position. Later, Arshi Khan disobeys Rakhi’s orders to clean the toilet. Arshi also rubs Eijaz the wrong way, again. He asks her to talk to him nicely but i is in the mood to tease Eijaz.

Rakhi is then seen revealing why she saved Abhinav Shukla from the nominations. She tells Abhinav that she needs his support because he is a good human being. Rakhi adds she feels alone in the house and feels nice when she talks to him and flirts with him.

Rakhi decides to takes it up a notch with regards to Abhinav and her fondness for him. She seen wooing him relentlessly from saying movie dialogues to singing songs, Rakhi is trying her best to impress Abhinav. She even dresses in red and wears sindoor for him.

Meanwhile, Vikas decides to hide the camera even before the captaincy task began. The housemates start looking for the missing camera in the entire house. Vikas’ move results in a lot of frenzy and upheaval. Rahul suspects that Rubina might have done it and goes through her belongings in the luggage area. But Eijaz is of the opinion that the camera is inside the house. Arshi and Rakhi are also angry at whoever has hidden the camera. 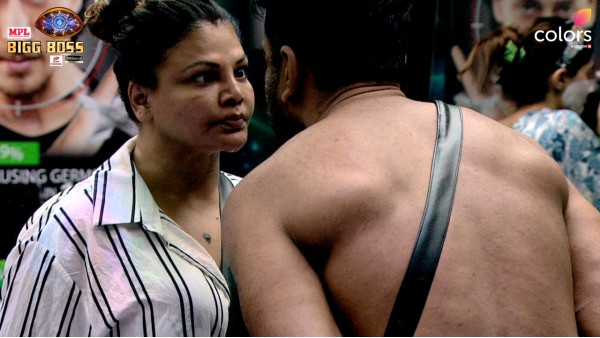 ALSO READ: Bigg Boss 14 January 12 Highlights: Aly, Eijaz And Rahul Are Up In Arms Against Rakhi And Her Captaincy 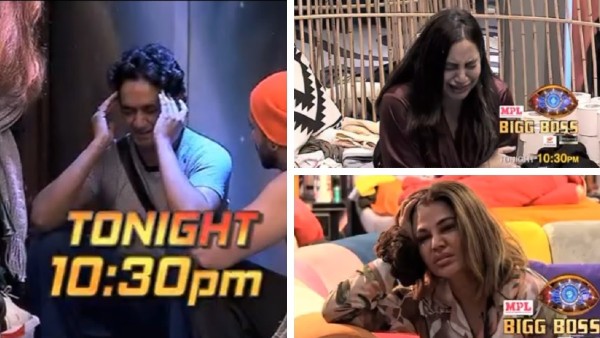