The January 22 episode of Bigg Boss 14 begins with the continuation of ‘Press for Entertainment,’ task. Arshi Khan and Sonali Phogat into a heated argument over the task. The latter even breaks down and accuses everyone else of playing a game. This is followed by Arshi getting her chance back to entertain the audience within her given time slot. Post Arshi, Rakhi Sawant presses the buzzer followed by Rubina Dilaik.

Later, Devoleena Bhattacharjee talks to Arshi and Rahul Vaidya about her fight with Nikki Tamboli and breaks down. And in the next frame, Sonali asks if rotis will be made during the night and Arshi replies by saying no. Rahul tries meditating and asks other housemates if they are okay with Sonali have roti instead of rice. In the meantime, Nikki and Devoleena are given the chance to entertain. However, Devoleena manages to press the buzzer first and bags the chance.

Arshi and Sonali get into a huge fight over the food. The former believes that Sonali made a bigger roti but the latter denies it. Aly Goni tries resolving the issue but Sonali gets emotional. But things really hit the fan when Arshi gets to know that Sonali has thrown her food in the dustbin. Rubina bursts out regarding the same and Nikki goes and slams Sonali. Sonali tries to throw her outside but Vikas Gupta and Rahul try and stop them. Sonali breaks down whilst stating that she wants to go home. Aly is then seen slamming Arshi for telling everyone about Sonali threw away food.

Later on, Sonali gets into another fight with Arshi, Rubina, and Nikki. Later, Rakhi and Rubina get termed entertaining by the viewers and win ‘Press for Entertainment’ task. They receive access to the BB mall.

Sonali then breaks down again and asks Bigg Boss to call her in the confession room. She even asks talks to Rahul about changing her bed. Rubina and Abhinav are seen discussing with each other about whatever happened. Arshi, then late at night, tries clearing things out with Sonali. She even requests Sonali to return to her bed. 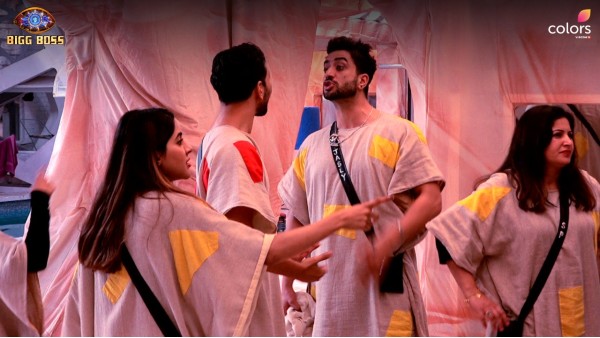 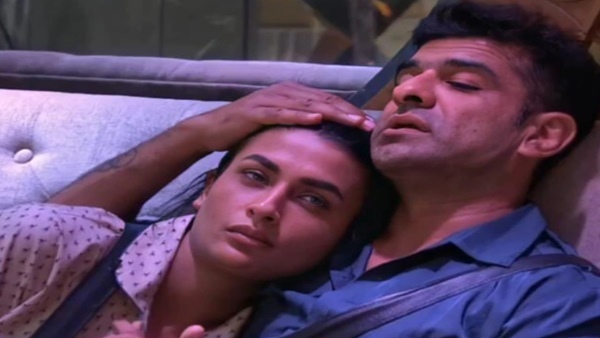 ALSO READ: Bigg Boss 14: Eijaz Khan Reveals His Father’s Reaction When He Told Him About His Love For Pavitra Punia