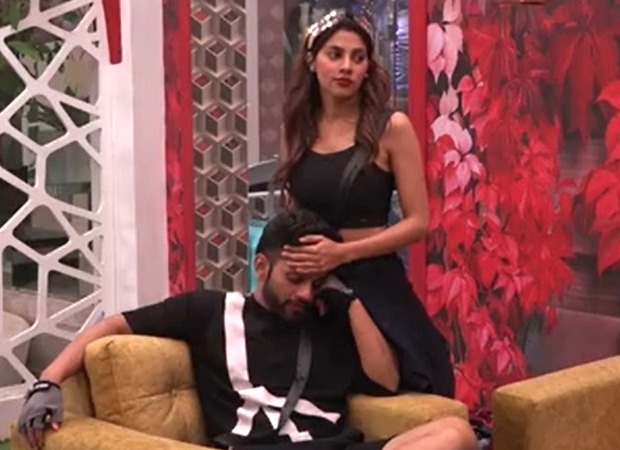 Wednesday’s episode of Bigg Boss 14 began with Jasmin Bhasin continuing to yell and cry over Rahul Vaidya’s remark. The two have been making headlines for their fight that happened during a captaincy task. Jasmin accused Rahul of trying to physically intimidate her with his force and claimed that his intention was to injure her. She also said that Rahul tried to threaten her during the task. Rahul also said that he is playing fair and that the audience is watching.

The house was divided between Jasmin and Rahul. Jasmin said, “Mujhpe Eijaz ne bhi dum lagaya, usko maine nahi bola. Ye dhamki kya deta hai”. Kavita Kaushik told Jasmin “it was not intimidation” and added, “You played much better than me. You are strong. This was just simple task tactics.”

After the red zone was locked, Nikki Tamboli told Rahul, “You play well, but what you did (to Jasmin) was wrong.” Rahul asked her to not add to the issue and said that he only warned Jasmin that she could get injured. Later, Rahul was seen crying as Nikki tried to calm him down. “Sabke samne weak side dikhaunga to fayda uthaenge…Tu red zone se chali gayi to mai pagal ho jaeunga, mai tere alawa kisi se baat nahi karta. Thank you for being there. Mai baakiyo ki tarah hota to Jasmin ko sorry bolta,” he said.

Rahul and Nikki were then discussing what must have inspired Jasmin to throw water on Rahul’s face. “She must have watched last season. There was this incident where tea was thrown, Jasmin tried it with water, actress hai na to copy karna asaan hota hai,” Nikki told Rahul.

Diane F. Wilson
Diane F. Wilson is our Editor for Entertainment sector. She loves to attend celebrity parties and events. Think of an entertainment news around you and we are sure she has already covered it.
Share
Facebook
Twitter
Pinterest
WhatsApp
Linkedin
ReddIt
Tumblr
VK
Digg
Previous articleTaiwanese pilot dies after ejecting from jet trainer
Next articleRobust China car sales give Volkswagen a turbo boost