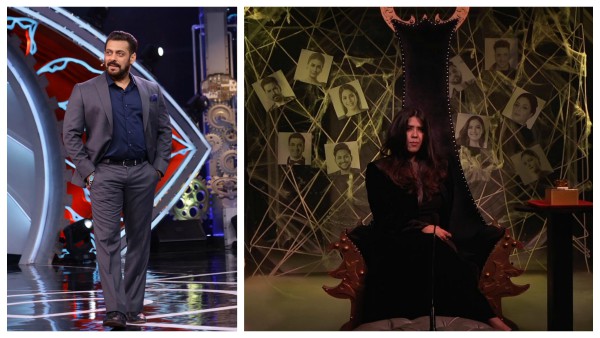 In the latest episode of Bigg Boss 14 Weekend Ka Vaar, television producer Ekta Kapoor enters the house and talks about how her shows and Bigg Boss have so much in common.

Host Salman Khan gives housemates a task to talk about contestants who make friends for their benefit in the house. Kavita Kaushik and Aly Goni get into a verbal spat during the task with Kavita calling Aly a ‘small town gunda.’ She goes on to add that Aly abuses all day long but only her bad words became a national issue. Kavita loses her cool and continues her tirade again him. This is immediately followed by Kavita calling out Jaan Kumar Sanu’s double-faced personality and someone who uses friends to stay in the game.

Salman tells Aly that he looks very confused about his game whilst asking Aly to be upfront about his game and strategies. The actor then announces that Jasmin Bhasin is safe from this week’s eviction.

Salman also questions Pavitra Punia about her priorities in the game and how her equations with people change every day. He then shades Jaan by saying that he can become a professor for those who want to learn how to make friends for benefit. Eijaz Khan adds that Jaan makes friendship as per the time and need in the house.

Salman once again comes to the contestants who are nominated this week and reveals that Kavita and Nikki Tamboli have been saved by the audience.

Later, it is revealed that Ekta Kapoor has turned Bigg Boss for a day. She informs the housemates that she has naagmani aka immunity stone, which only one of them will receive. But in order to attain the stone, the contestants have to show that are deserving of the immunity, and the winner can use the immunity anytime during the show.

Ekta gives a task to the contestants to take revenge named ‘Badla Ka Haath’. The housemates are given huge fake hands on which they can spray foam and splash it across the face of those housemates whom they wish to seek revenge from. Rahul Vaidya takes revenge on Nikki, Eijaz and Abhinav Shukla while Jaan takes Eijaz and Kavita’s names.

Ekta Kapoor states that she only liked Rahul and Rubina in the task as they played with their heart and mind. 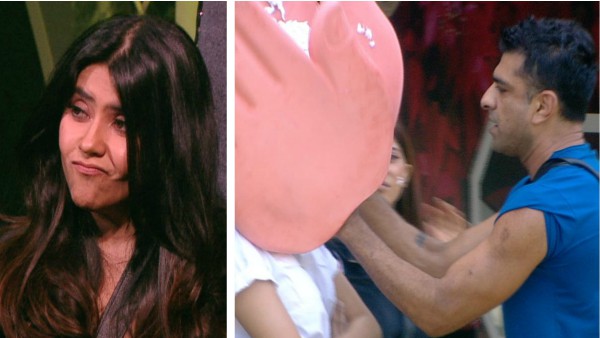 Diane F. Wilson
Diane F. Wilson is our Editor for Entertainment sector. She loves to attend celebrity parties and events. Think of an entertainment news around you and we are sure she has already covered it.
Share
Facebook
Twitter
Pinterest
WhatsApp
Linkedin
ReddIt
Tumblr
VK
Digg
Previous articleFrance murder: Jonathann Daval jailed for 25 years for killing wife
Next articleThe POTUS Twitter Account Will Officially Belong to Joe Biden in January 2021