Television actress Malvi Malhotra, who was stabbed by a producer-stalker, is undergoing treatment at Kokilaben hospital in Mumbai. The actress has apparently undergone plastic surgery. She revealed to ETimes TV that a few people, who were cycling on that road when the incident happened, brought her to the hospital. Malvi also revealed that the producer wanted to injure her face. She tried to protect her face and her right hand got wounded badly. She also added that it might take 2-3 months before she gets alright.

Malvi was quoted as saying, “I had just come from Dubai, I was there for 15 days. I thought the harassment would stop. But Yogesh stalked me on the phone even there, and even when I blocked him, he was at it from different numbers. After my meeting which happened at a cafe in Seven Bunglows (Andheri), I was walking back home since my home is just 5 minutes away from that coffee shop. Suddenly, Yogesh came in a car and said that I should talk to him and why I was avoiding him. I told him to stop the tamasha. Instead, he got down from the car and stabbed me in my stomach. Next, he wanted to injure my face. I kept my hand on the face to avoid any injuries but his knife went deep into my right hand and wounded it badly. The fingers region in my left hand also got inflicted with bruises. I went down on the ground as I had started to bleed profusely.”

The Actress Politely Refused For The Proposal

The actress revealed that she had met him twice on professional grounds before in January 2020 as he wanted to cast her in a music video, which he was making. During their third meet, he told her that he loves him and wanted to marry him. She politely refused for the proposal but said that they can still remain friends. After this, she refrained from meeting him.

He Once Waited For 10 Hours Outside Her Building

She added that although Yogesh (the stalker-producer) maintained distance, it was just for a while. He later started messaging her and brought her flowers to her building. She told him clearly to stop but it was getting too much. She further revealed that once he waited for 10 hours outside her building.

Malvi Never Thought That This Man Would Do Such A Thing

Malvi said that she hasn’t spoken about the producer’s harassment with her parents, relatives or even her closest friend-actor Prashant Bajaj as she doesn’t like unnecessary fights. She added that she never thought that this man would do such a thing.

‘Malvi Is In Deep Pain And Agony’

Prashant said, “Whatever has happened is terrible. Malvi is in deep pain and agony. I still can’t forget the phone from Malvi’s call ‘bachao mujhe, woh mujhe chaaku maar raha hai’ that night. I think it happened around 8.30 pm. Even when she doses off for a while, Malvi thinks that someone is inserting a knife into her mouth. Malvi’s parents are expected to be in Mumbai (arriving from Himachal Pradesh) by tomorrow or day-after.”

Malvi concluded by saying, “I think it will take 2-3 months before I am alright. Right now, the fingers of my left hand are not moving. The knife incision in my stomach was about 1.5 inches.” 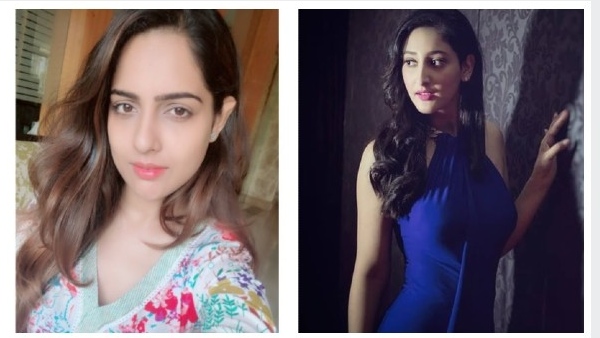