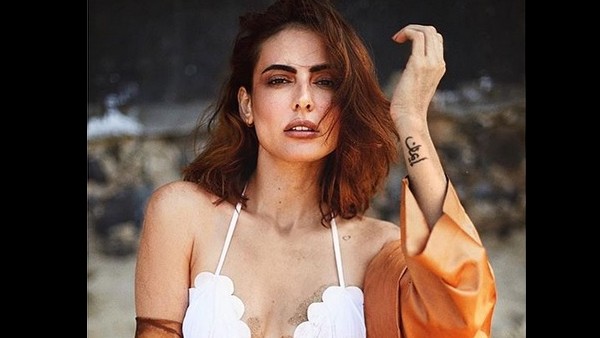 Mandana Karimi has alleged that she was mentally harassed by the producer of her upcoming film Koka Kola. The actress told BT that she was called names and screamed at in front of the crew. The incident allegedly took place on the sets, on her last day of shoot in Mumbai on November 13.

Mandana said, “I am still in shock about what happened and how it happened. Koka Kola is a film that we have been working on for over a year now, and it’s been one of those jobs that you do despite knowing that the team is not being very professional. We all end up doing a few such jobs to just keep ourselves afloat. From the beginning, I had problems with this crew. The producer (Mahendra Dhariwal) is an old-school man who turns the set into a man-dominated, egoistic place.”

She added, “What happened on November 13 has shaken me up. It was the last day of my shoot and I wanted to wrap up and get going. I had another meeting lined up. On the last two days of the shoot, I had come in early and clocked in the hours, though the shoot wasn’t all about me. A little before wrap-up, the producer asked me for an hour more on the set, which I told him I can’t do as I have a meeting lined up. He said okay, and I went back on set to finish my last few takes. We were shooting for a song. But the moment I left the set and went to my vanity van to change, he forcefully came inside and started shouting, ‘You can’t leave. I asked you to do an extra hour and you have to listen because I am the producer and I have paid you.’”

Meanwhile, the film producer Mahendra Dhariwal has also come out and shared his side of the story. He told Bombay Times that Mandana is the one who was unprofessional and he had no choice but to give the actor an ‘earful’ after she ‘started acting up.’ The producer said, “In one-and-a-half years, for a contract of Rs 7 lakh, she has taken Rs 17 lakh, cash transactions included. I am okay with spending the money, but she has behaved unprofessionally with us.”