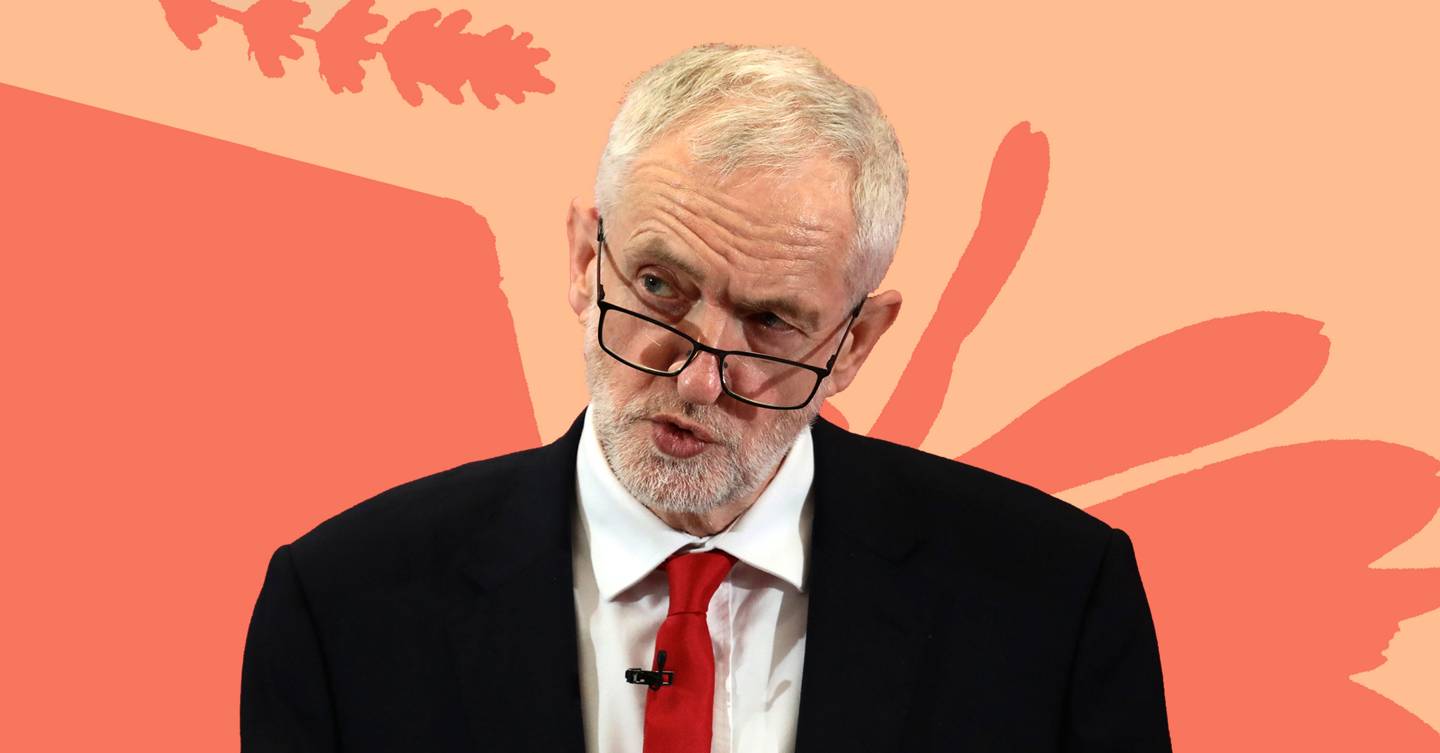 Jeremy Corbyn, the life-long antiracist, can he possibly hate Jews?

This week, Corbyn was told he will be readmitted as a Labour member, but not as a Labour MP. Why? Because, as Labour leader Keir Starmer said in a statement on Wednesday:

‘Jeremy Corbyn’s actions in response to the EHRC report undermined and set back our work in restoring trust and confidence in the Labour Party’s ability to tackle antisemitism.’

The UK’s equalities watchdog, the Equalities and Human Rights Commission (EHRC) reported last month that when Corbyn was leader, the Labour Party broke the law in three different ways: by interfering with complaints about antisemitism, failing to give proper training, and harassment of Jews, including saying that legitimate complaints were fake or smears.

Corbyn refused to accept this – issuing a statement, saying claims of antisemitism were ‘overstated’ by his enemies, and was immediately suspended from party membership by the general secretary for repeating one of the lines that the report identified as racist..

It’s confusing. Mr Corbyn, who volunteers at the food bank and always sticks up for the underdog? Jeremy, as his devotees call him, who hasn’t a racist bone in his body. The lifelong antiracist? Surely this same Jeremy Corbyn cannot be guilty of the oldest hatred, the hate towards Jews?
This ancient form of racism has evolved, from medieval myths and conspiracy theories of Jews as the killers of Christ, as diabolical, and as spreaders of the bubonic plague, to myths in the nineteenth and twentieth centuries about Jews forming a secret world government, sparking wars and revolutions, controlling the banks and media, greedy for power and money, and loyal only to themselves.

We know to where this kind of pathological prejudice led in the 1930s and 1940s, with Hitler’s industrial-scale murder and mountains of corpses. What is less known is that antisemitism exists on the left of politics as well as the right. Leaders of the Labour Party, including the Marxist Henry Hyndman and the union leader Ben Tillett in the 1880s and 1890s peppered their speeches with references to British Jews undercutting wages, swamping the East End and spreading disease. Jews were also blamed for creating the Boer War, the First World War, and controlling the banks. Either as refugees or as Rothschilds, the Jews were guilty.

Jeremy Corbyn is heir to this left-wing antisemitism. The language may be different, but not the assumptions underlying it. Here are the main instances Jeremy Corbyn has been accused of antisemitism, that he denies.

Take the Brick Lane mural. In 2011, the graffiti artist Mear One produced a painting on a wall in London’s Brick Lane. It showed six hook-nosed Jewish bankers playing a board game on the backs of downtrodden workers. The image, redolent of Nazi-era propaganda, caused such an outcry that the local Mayor Lutfer Rahman ordered it removed.

But in 2018 it was revealed that Corbyn had sent his best wishes via Facebook to the artist and regretted that it had been painted over. If he had his way, it would still be on the wall. Jewish Labour MP Luciana Berger demanded a retraction, and eventually an apology was issued in the Labour leader’s name, admitting that the ‘mural was offensive’ and it ‘used antisemitic imagery’.
Maybe Corbyn didn’t notice the hook noses and blatant racist symbolism? Maybe.

As Jeremy Corbyn is suspended from the Labour Party over anti-Semitism & called ‘part of the problem,’ here are the best films, books & podcasts to educate yourself on anti-semitism and Judaism

How about a foreword Corbyn wrote to a new edition of an influential 1902 book Imperialism by the economist JA Hobson? This book has been denounced for decades because Hobson blamed Jewish bankers and politicians, the ‘house of Rothschild’ and the ‘peculiar race’ for the British Empire. When Corbyn wrote the foreword in 2011 he called it ‘brilliant’. Maybe he was wholly unaware of Hobson’s racist writings. Maybe.

How about when Corbyn invited Raed Saled, a Palestinian cleric, to tea at the House of Commons? Did Corbyn know that Saled stood accused of repeating the ‘blood libel’, the ancient slur that Jews drink the blood of Christian children? Did he know Saled had hinted that Jews were behind 9/11, and the conspiracy theory that no Jews were in the Twin Towers? Again, maybe Corbyn was unaware.

Being unaware was the excuse from Corbyn to the charge that he had laid a wreath at the graveside of the people responsible for the murder of Israeli Olympians in 1972. There’s a picture from 2014 of Corbyn holding a wreath at the cemetery in Tunisia where Salah Khalaf and Atef Bseiso, who orchestrated the Black September attacks, are buried. Corbyn says he was ‘present but not involved’. Maybe he looked the other way when murderers were commemorated.

Maybe Corbyn was unaware what it meant when he said in a speech in 2013 that Zionists ‘don’t understand English irony’ despite having lived in the UK ‘for a very long time, probably all their lives’. It means that ‘Zionists’, code for Jews, are not properly English. It is the classic ‘othering’ of British Jews, that they’re not like us.
That brings us to the greatest defence of Corbyn you will hear: he’s not antisemitic, he’s just anti Israel and pro-Palestinian. That’s why, his fans say, he called the Palestinian terror organisations Hamas his ‘friends’ in a speech, why his acolytes handed out Palestinian flags at the Labour conference for the crowd to wave, and why he devotes so much time to that corner of the Middle East that happens to have the only Jewish state.

When Israel was created in 1948 after the necessity for a Jewish homeland was obvious following the Holocaust, parts of the left immediately denounced it as a ‘colonial’ enterprise, because many of the newly-arrived citizens were from Europe. They were from Europe because they’d survived the Holocaust so you can see why they wanted a safe place to live.

Many nations were founded after the second world war, some along religious lines for example Pakistan. But they do not come in for the same treatment as Israel. For parts of the left, the obsession with Israel grew more bizarre and virulent. There are Corbyn supporters who switch off the Eurovision Song Contest and won’t shop at Marks & Spencer. They single out Israel, a pluralist democracy, instead of dictatorships like Cuba or human rights abusers like China who currently have concentration camps. Of course, it’s fine to criticise the Israeli Government and its policies but they don’t want a change of policy or government, they want Israel destroyed.

A man chased me down the road shouting ‘Hitler didn’t finish his job properly’. In the wake of Jeremy Corbyn’s suspension, here’s what anti-Semitism really feels like

The international definition of antisemitism, agreed in 2016, makes it clear that criticising Israel, as one might Sweden or Peru, is fine, but holding Israel to an entirely different standard, blaming it for the world’s ills, and seeing Mossad’s hand behind every conspiracy is just plain racist. Corbyn opposed Labour adopting this internationally-agreed definition.

We are left with a charge-sheet of antisemitic words and deeds which points to one of two things: either Corbyn is one of the most unlucky men in politics, who for 40 years has found himself at the centre of a series of awkward antisemitic situations, or that he has a deep-seated problem with Jews.