Most of us first came across Yami Gautam when she became the poster child for a fairness cream brand. It’s was her twinkling eyes and infectious smile which caught everyone’s attention. The Shimla beauty soon made her transition to TV soaps with Chand Ke Paar Chalo and Yeh Pyaar Na Hoga Kam.

After starring in a few South films, the pretty actress bagged her Hindi debut with Ayushmann Khurrana starrer Vicky Donor. As a woman who is struggling to come to terms with her husband’s past life, the actress left an impact in the film. In her Bollywood career spanning around 9 years, Yami went on to play a murder victim, a visually impaired girl and a TikTok star in her films.

“While I was in school in Chandigarh, I had a thing for dramatics but it was always in the closet – I was a closet brat, a closet dancer, a closet performer who would perform for my friends,” Yami had candidly confessed in one of her interviews. Yami had aspired to join Indian Administrative Services (IAS) as a young girl, but destiny had some other plans for her!

Today, Yami is considered to be one of the most promising actors in Bollywood with an impressive line-up of films. When not facing the camera, the actress makes sure to remain connected with her fans on social media. From giving fans a sneak-peek into her daily activities to digging into her throwback archives to treat us with some solid gold memories, her Instagram page is all things fun.

As Yami Gautam turns 32 today (November 28, 2020), we bring you some of her most adorable childhood pictures which will make you go ‘awww’.

Cute As A Button

Yami Gautam calls this adorable childhood snap her favourite throwback, and now, we call it ours as well!

You Stole Our Heart Little Girl!

The actress had expressive eyes even as a baby! Here’s the little munchkin chilling with her cute red teddy bear.

This sweet picture is from Yami Gautam’s first birthday. The tiny tot is all smiles for the camera while sitting amid the colourful balloons.

The Cutest Picture On The Internet Today

Can you pull those cheeks please? Little Yami is melting our hearts with her cute antics.

Little Yami is seen posing with her newborn sister Surilie in this snap and it’s such a happy moment.

While most kids cry and want to be with their parents on their first day at school, Yami on the other hand, was all excited to make new friends and have a good time at school! 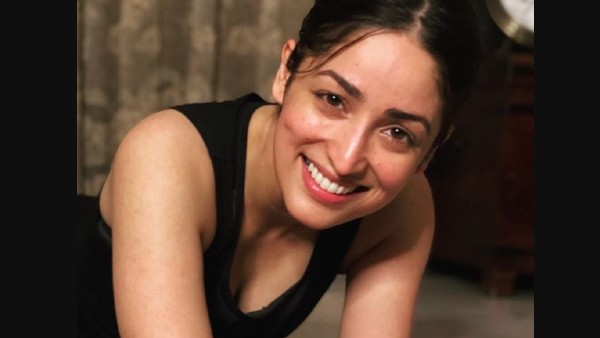