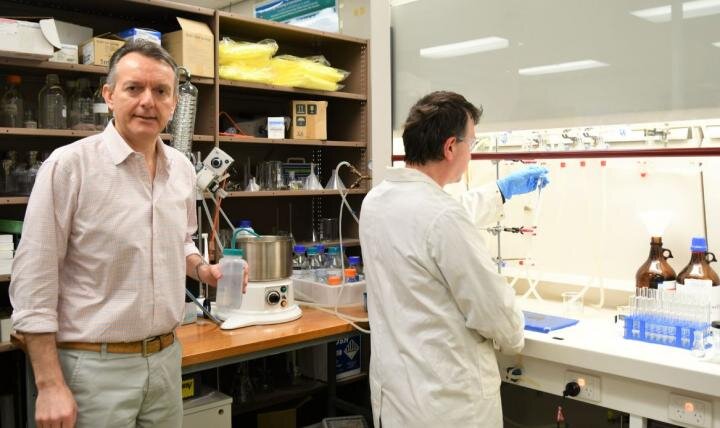 Medical researchers in the UK and Australia have identified a new marker which could support the search for novel preventative and therapeutic treatments for dementia.

In an innovative new study, coordinated by Flinders University and University of Aberdeen, the researchers investigated the role of asymmetric dimethylarginine (ADMA), a blood marker associated with atherosclerosis and cardiovascular disease in epidemiological studies, on temporal changes in cognition in an established cohort of human aging (the 1936 Aberdeen Birth Cohort).

Research has primarily focused on a set of abnormalities found in diseased brains. However, observational studies and clinical trials targeting these alterations have been disappointing, suggesting the urgent need to better understand the causes of dementia and identify novel markers of disease.

“Therefore the results of this study suggest, that ADMA, an easily measurable marker of atherosclerosis and cardiovascular risk, could be an early indicator of cognitive decline in old age—and possibly dementia,” says Professor Mangoni, Head of Clinical Pharmacology at Flinders University.

Alzheimer’s disease (AD), a neurodegenerative disorder characterized by a rapid decline in cognition and significant disability in old age, currently affects more than 342,000 Australians. This number is expected to increase to 400,000 in less than a decade.

The causes of late onset AD are largely unknown and despite extensive research, there is still no clear consensus on robust biomarkers to predict disease onset and progression and the response to therapies.

UK researcher Dr. Deborah Malden says the results of the new study should be approached with caution and need further extensive investigations.

“We should be cautious about emphasizing the results with the 93 participants’ results here,” she says.

“We would know much more after repeating this study in a large-scale cohort, potentially tens of thousands of individuals, and perhaps a genetic MR (Mendelian randomization) study,” Dr. Malden says.

Nevertheless, if the initial study findings are verified in large-scale testing, researchers hope the findings could pave the way for population-wide dementia risk stratification and perhaps future development of therapeutic strategies to reduce ADMA levels and/or slow the progression of cognitive decline in old age.

CASES OF FLU, COLDS, AND BRONCHITIS REDUCED BY LOCKDOWN IN ENGLAND