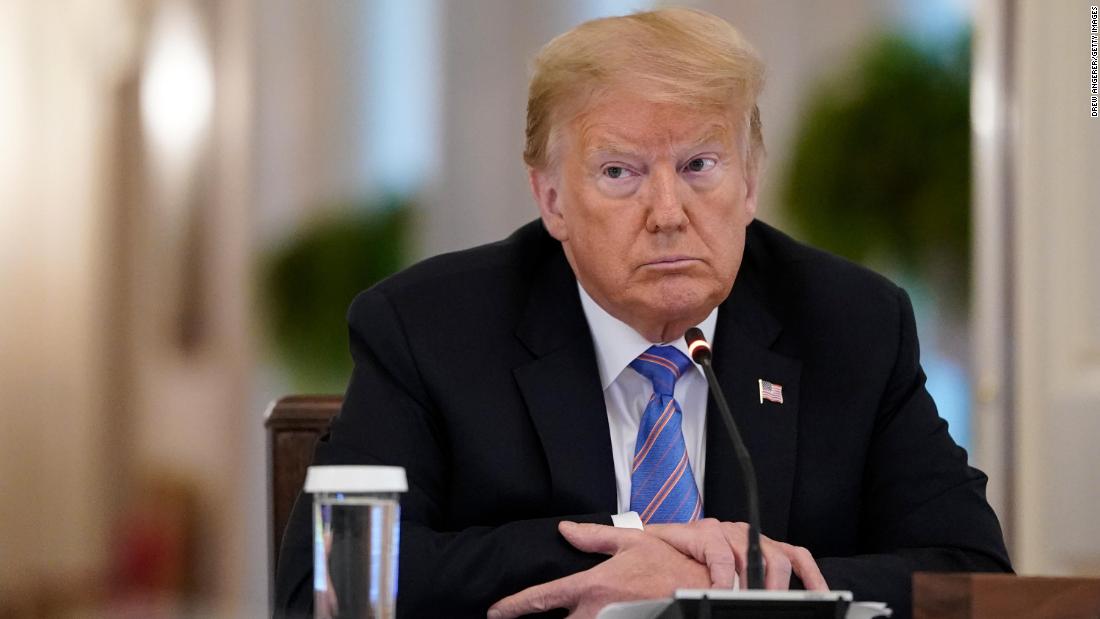 Excuses will be offered. Justifications will be made. But Americans who should not be dying are dying.

Trump has taken a more active public role in recent weeks protecting statues of long-dead Confederate generals than either trying to stop the spread of Covid-19, which is clearly exploding around the country after he encouraged states to reopen early, or getting to the bottom of attacks on US service members paid for by Russia.

Russian bounties on US troops: Reports that Russians may have placed bounties on US forces in Afghanistan have been met with a shrug by the White House.

CNN and others have reported that Trump did have access to the information in a classified briefing he notoriously doesn’t read. (White House Press Secretary Kayleigh McEnany on Tuesday pushed back against the idea that Trump doesn’t read his briefing, telling reporters “the President does read.”)
Anything with regard to Russia is complicated by his friendly attitude toward Russian President Vladimir Putin has had everyone from his former FBI director to the speaker of the House wondering if Vladimir Putin has something over Trump. And CNN’s Stephen Collinson points out that Trump has seemed to use kid gloves with regard to Russia, to the point where it’s a punchline:

There’s one constant in each new twist of the drama over Russia that has overshadowed every day of Trump’s term in the Oval Office.

Each time there’s a damaging story on the issue, he makes exactly the same move — dumping on the US intelligence that lies behind it. It was a similar story when the President used a Helsinki summit with Putin to throw US intelligence agencies under the bus over their assessments that Russia had interfered in the 2016 election to help him win.

Trump is equally dismissive of science when it comes to coronavirus. While the Russia bounty reports required Trump’s attention, his refusal to lead Americans, specifically on the issue of face masks, requires willful indifference to obvious fact and disregard for the power he holds to help save lives.

At this point, his refusal to wear a mask to avoid giving the impression that anything is amiss might be self-defeating, because the unchecked spread of the disease is deepening the recession Trump originally feared would threaten his re-election.

No stigma. It’s getting very difficult for Trump’s fellow Republicans to buy into the anti-mask stance. Even Sen. Mitch McConnell, Trump’s ally in the US Senate, wants people to wear masks.

“We must have no stigma, none, about wearing masks when we leave our homes and come near other people. Wearing simple face coverings is not about protecting ourselves, it is about protecting everyone we encounter,” McConnell said on the Senate floor Monday.

Related: These are the states requiring face masks in public

A political debate that’s costing lives. And Sen. Lamar Alexander, the Tennessee Republican who is retiring and so ever-so-slightly willing to speak his mind, nailed the mask debate on Capitol Hill Tuesday.

“Unfortunately this simple lifesaving practice has become part of a political debate that says: If you’re for Trump, you don’t wear a mask. If you’re against Trump, you do,” Alexander said.

Ergo: people will die when folks follow the President’s lead. That’s an undeniable fact as coronavirus runs rampant in the US, while other countries seem to contain it.

The excuses sound the same even when lives aren’t at stake. The White House said the President didn’t know the guy with the Trump sign in the golf cart yelled “White Power!” in the video he retweeted.

He never knows. It’s always someone else’s fault. And usually that someone or something is specifically trying to bring him down. Often, he’ll blame Barack Obama.

Wash, rinse, repeat is a cycle that is getting very repetitive more than three years into the Trump administration. But now, with so many American lives on the line, it’s a pattern that’s harder to dismiss.

Jessica J. Jeanlouis
Jessica J. Jeanlouis is one women we know who is talented when it comes to compile any piece of information in a way which is readable and sharable by every individual. Being in this field for 12 years, she has experienced everything in the world of news editing. She is truly an excellent Editor.
Share
Facebook
Twitter
Pinterest
WhatsApp
Linkedin
ReddIt
Tumblr
VK
Digg
Previous articleColorado votes for John Hickenlooper to take on GOP Sen. Cory Gardner, CNN projects
Next articleOklahoma police officer dies after traffic stop shooting
- Advertisement -