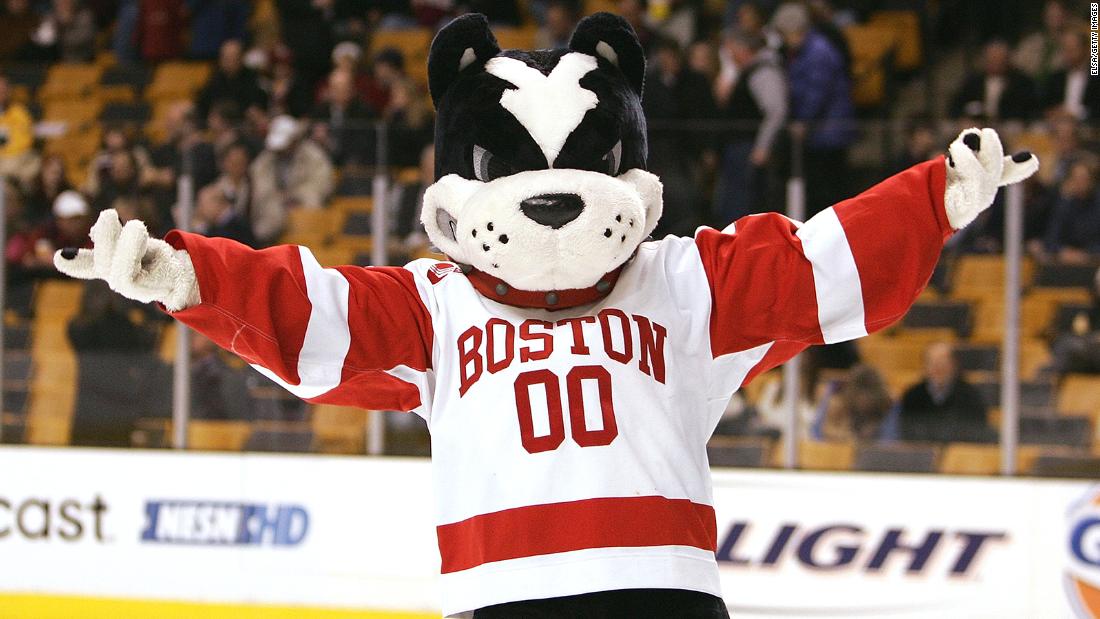 The mascot was chosen by students in 1922, but it’s unclear when the nickname “Rhett” came to be widely used, Boston University President Robert Brown said in a letter to the university community.

“What is clear is that ‘Rhett’ is a reference to one of the lead characters in Margaret Mitchell’s novel, Gone with the Wind, which was made into the Hollywood film with Clark Gable and Vivien Leigh,” Brown wrote in the letter, provided to CNN.

“In the Boston University context, the ‘Rhett’ nickname is, of itself, a play on words. Since our school color is scarlet, it was a short leap for students—or perhaps a sports publicist—to link Rhett to Scarlett O’Hara, the other romantic lead in the book and movie.”

The mascot was named “Rhett” because “no one loves Scarlett more than Rhett,” according to Boston University’s website.

“Despite this seemingly cute connection between the movie and our mascot’s name, the fact is that the movie’s portrayal of the American Civil War, postwar reconstruction, and slavery is offensive,” Brown worte. “And it is reasonable for people to question why, at a university founded by abolitionists, we have a mascot nicknamed for a character in a film whose racist depictions are completely at odds with our own tradition. It is time to address this question.”

The committee — which will include university alumni, current students and faculty — has been asked to offer a recommendation for Brown to consider by mid-October.

Boston University is just one of the numerous colleges that has had to reckon with its links to slavery or controversial figures amid the global conversation around racial equality sparked by the death of George Floyd.

Princeton University removed former President Woodrow Wilson’s name from its public policy school and a residential college. Wilson, who had served as Princeton’s president, once called racial segregation a “benefit” and said slaves “were happy and well-cared for.” He also denied admission to African American men and tried to exclude them from the school’s history.
Clemson University took out the name of slaveholder John C. Calhoun from its Honors College after NFL stars Deshaun Watson and DeAndre Hopkins joined thousands of others to demand the change, CNN affiliate WCIV reported.
The University of Southern California earlier this month removed the name of Rufus Von KleinSmid, the fifth president of the university, from the Center for International and Public Affairs building on campus, CNN affiliate KABC reported. Von KleinSmid, who served as president from 1921-1947, was an active supporter of eugenics and supported the involuntary sterilization of people, according to KABC.

CNN’s Jay Croft and Leah Asmelash contributed to this report.