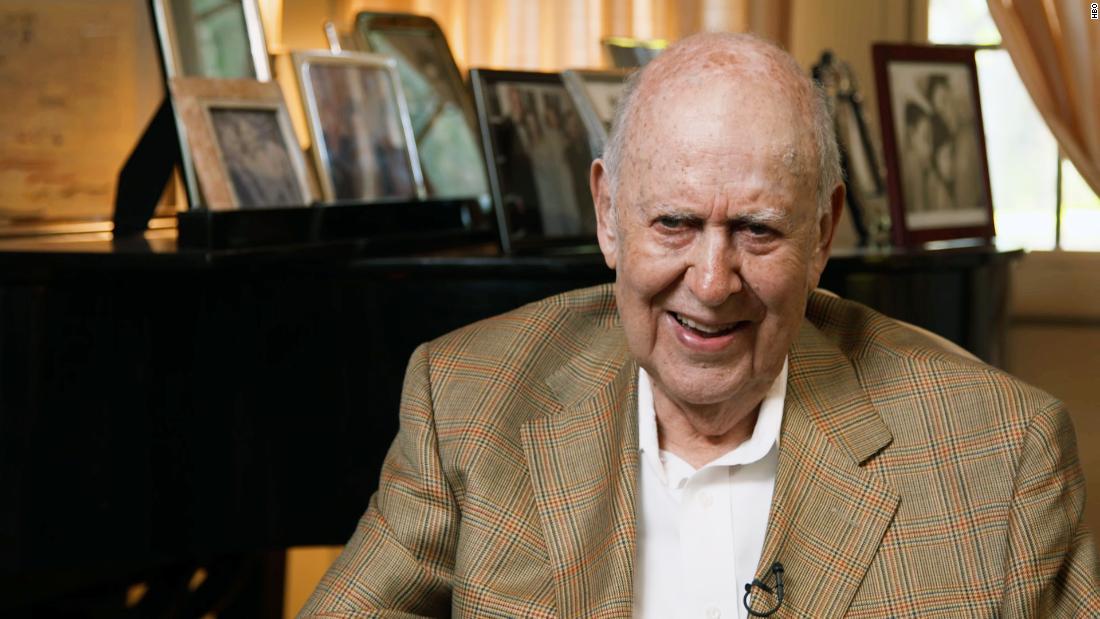 Come on, now. You know that’s funny. Carl Reiner would have known that was funny. He’d back me up on it — except that he’s the one who died at age 98.

He’d also know why it’s funny. “The absolute truth,” Reiner said, “is the thing that makes people laugh.”
And Reiner, even though he was at the age when, to paraphrase Casey Stengel, most other people are dead, was still an active, sharp-witted presence on the pop-cultural scene along with his lifelong pal and frequent foil Mel Brooks. Both of them, just this past weekend, were photographed celebrating Brooks’ 94th (!) birthday wearing “Black Lives Matter” shirts.

And now he’s dead? Already? The way Reiner was going, we all thought he’d have 98 more years. At least.

It’s also funny, just as an aside, because Reiner appreciated funny numbers. And 98 happens to be one of those numbers that, for whatever mysterious reason, is a funny number. Like 32. or 63. Or 2,000, which was the number of years assigned to Brooks’ alter ego, “The 2,000-year-old man,” to whom Reiner played straight man and interlocutor on several comedy albums and hundreds of TV and stage shows.
Maybe the first place to start assessing Carl Reiner is as a second banana, which is how he achieved nationwide attention as part of the unparalleled ensemble of comic actors backing up the explosively versatile Sid Caesar on the groundbreaking “Your Show of Shows” TV comedy-variety series (1950-54).

Reiner not only proved himself in that crucible of late-night live television to be the paragon of an agile, responsive and unstinting ensemble player, but was also an important part of a legendary team of writers for both “Show of Shows” and its successor, “Caesar’s Hour” (1954-57), that included such future hall-of-famers as Brooks, Neil Simon, Larry Gelbart and Woody Allen.

Reiner’s comedic instincts, appreciation for collective talent and abilities in a writers’ room combined to create what he and others consider his masterpiece: “The Dick Van Dyke Show” (1961-66). Even in its earliest form, the show was based on Reiner’s experiences as a suburbanite, father (one of whose children would grow up to be film director and actor Rob Reiner) and comedy writer, but Reiner had initially cast himself in the lead role of Rob Petrie. It was producer Sheldon Leonard, according to Reiner, who stepped in and said, “We need to get an actor better than you.” Reiner agreed, Van Dyke got the part and the rest is ottoman-tripping, multiple-Emmy-winning history.

Reiner never quite attained such thin-air reaches of achievement again, but he stayed busy and kept on being — and writing — funny. The on-stage-and-in-studio partnership with Brooks spilled into the 21st century and he had an admirable record as a writer-director of such films as “Where’s Poppa” (1970) and “Oh God” (1977). His run of good luck included a streak of big-screen collaborations with Steve Martin, beginning with “The Jerk” (1979) and continuing with “Dead Men Don’t Wear Plaid” (1982), “The Man with Two Brains” (1983) and “All of Me” (1984).

Throughout, he kept faith with the medium that made him — television — where he popped up frequently as a talk show guest and showed he still could deliver as a bit player, whether playing himself as Bernie Mac’s neighbor, giving voices to animated characters on “Family Guy,” “Bob’s Burgers” or “The Penguins of Madagascar” (he played Santa) or stealing scenes on “Two and a Half Men” as geriatric roué Marty Pepper.

Reiner, in other words, never stopped showing up. Which, as his onetime writing colleague Woody Allen insists, is the — or maybe, just “a” — key to success.
He was (of course) an inveterate tweeter, submitting both one-liners and political commentary (he, along with Van Dyke and Brooks, supported Bernie Sanders’ presidential campaign this year) on his feed. His June 27 tweet began with what turned out to be a graceful and fitting epitaph: “Nothing pleases me more than knowing that I have lived the best life possible.”

Funny? Maybe not. But absolutely true.

Jessica J. Jeanlouis
Jessica J. Jeanlouis is one women we know who is talented when it comes to compile any piece of information in a way which is readable and sharable by every individual. Being in this field for 12 years, she has experienced everything in the world of news editing. She is truly an excellent Editor.
Share
Facebook
Twitter
Pinterest
WhatsApp
Linkedin
ReddIt
Tumblr
VK
Digg
Previous articleGurinder Chadha turns lockdown into family film
Next articleTeachers to be paid $12K to recruit and manage students under government program with WE Charity | CBC News
- Advertisement -