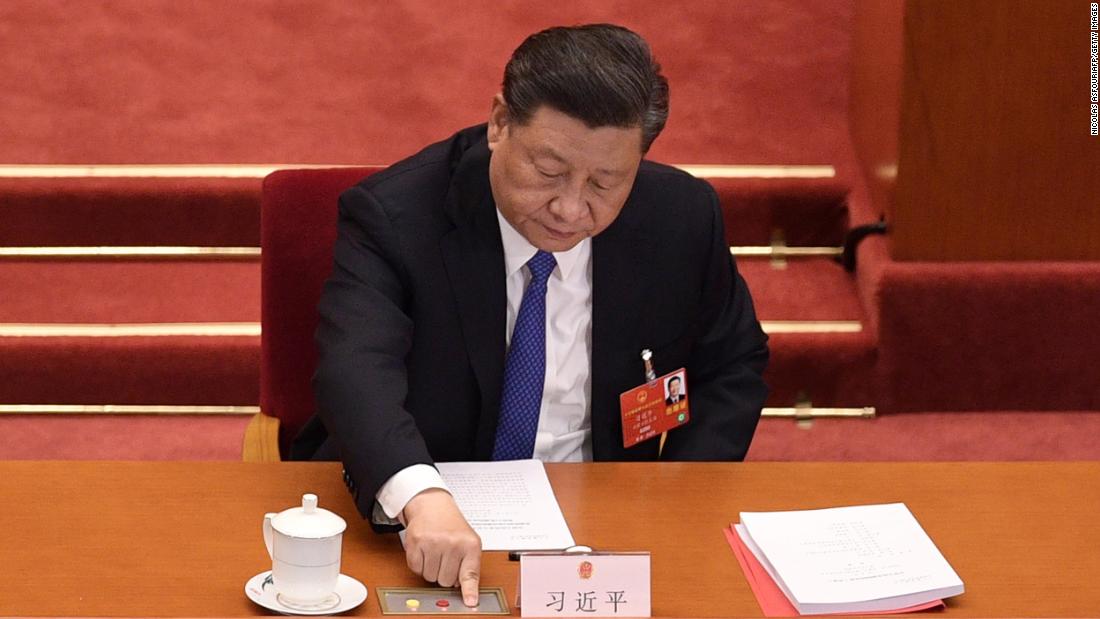 In fact, the 25-year-old star's sunny design was made by none other than Victoria Beckham. Yep, Nicola's future mother-in-law."Fresh colours and fluid silhouettes in...
Read more
Its decision to impose a draconian new security law in Hong Kong marks the culmination of a multi-generational crusade to reassert full control over the former British colony. This is a watershed in international relations, proof that Beijing is now sufficiently confident of its own power to accept the global consequences.

Washington and Brussels had warned China that going ahead could trigger grave diplomatic and economic repercussions. Hong Kong could lose its trade benefits with the US, for example (though US threats may have been undermined by President Donald Trump’s reported assurances that he didn’t really care what Chinese President Xi Jinping did in Hong Kong or in Xinjiang, so long as his trade deal went through.) In any case, Beijing was not deterred by the prospect of complications for its big firms like Huawei, or of losing lucrative foreign investments.

Xi isn’t suddenly embarking on expansionist foreign policy (though Taiwan may be right to fret). China has always seen Hong Kong as a purely internal political matter. In the end, its colonial humiliation in the Opium Wars, which saw it cede Hong Kong to the British Empire, meant more than the fast-fading ‘one country, two systems’ formula agreed in 1997 when the territory was returned.

But his increasingly assertive moves — from the South China Sea to the Indian border — show that Xi is more committed than ever to his legacy project of the “great rejuvenation of the Chinese nation.” And the epochal stakes of that quest mean the West’s condemnations are unlikely to ring very loudly in Beijing.

‘The President does read’

Trump reads, the White House saw fit to announce on Tuesday, amid widespread reports he doesn’t consume the written version of the highly-classified President’s Daily Brief. “The President does read and he also consumes intelligence verbally,” press secretary Kayleigh McEnany said, when questioned why Trump isn’t reading the PDB, which included information about Russia paying the Taliban to target coalition troops, earlier this year. (The threat was also mentioned in intelligence reports provided to the National Security Council in 2019.)

The President’s highly-classified briefing is prepared each day before dawn by intelligence analysts to provide the commander-in-chief with an update on global issues. According to people familiar with the matter, its creators have been adding more photos and charts to appeal to Trump, but the document has nevertheless often gone unread.

It’s one thing playing pro sports with no fans. But if the players won’t show up, there’s going to be a problem.

While North American leagues gear up to resume mothballed seasons, elite players are beginning to wrestle with the implications of playing games in the middle of a pandemic. The NBA, NFL, MLB and NHL have elaborate plans for players to live in isolation, new rules on distancing in changing rooms and quarantined stadia and arenas. But a rash of positive coronavirus tests has already spooked some players.

“The COVID-19 pandemic has made this baseball season one that is a risk I am not comfortable taking,” wrote Colorado Rockies outfielder Ian Desmond in an emotional Instagram post. Several basketball players are also taking a pass, including Los Angeles Lakers guard Avery Bradley whose six-year-old son has struggled with respiratory illnesses. So far, none of sports’ biggest stars have said they won’t play — such a step would be a disaster for their leagues, and could cause a backlash from fans given their massive salaries.

Even golf is showing that it may be impossible to maintain a sterile bubble while running a traveling circus. A number of players withdrew from PGA Tour events after they, their caddies or family members tested positive for the virus. Australia’s Jason Day, a major champion, had to loop on his own at the weekend as he waited for test results (negative). Golf is a sport that exemplifies social distancing. What will happen when NFL linemen start banging each other around?

After the grueling psychological effects of months under lockdown, a few hours watching a favorite team could do wonders. And if the US, like Europe, were ready to exit its pandemic nightmare, athletes might be more gung ho to perform. But as long as the virus rages here, even when the players get back on the field, court and ice, there’s no guarantee they’ll stay there for long.

Jessica J. Jeanlouis
Jessica J. Jeanlouis is one women we know who is talented when it comes to compile any piece of information in a way which is readable and sharable by every individual. Being in this field for 12 years, she has experienced everything in the world of news editing. She is truly an excellent Editor.
Share
Facebook
Twitter
Pinterest
WhatsApp
Linkedin
ReddIt
Tumblr
VK
Digg
Previous articleEurope, bid au revoir to American tourists
Next articleFormer Atlanta police officer who shot Rayshard Brooks granted $500,000 bond
- Advertisement -