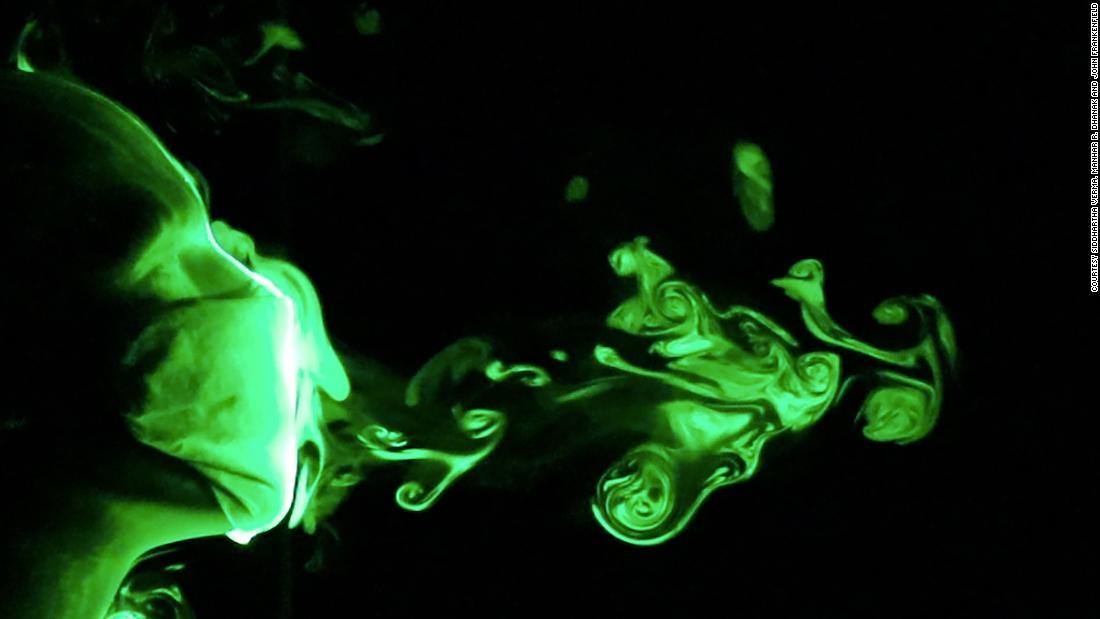 Researchers at Florida Atlantic University have experimented with different materials and styles of non-medical masks and found that a well-fitted stitched mask made from two layers of quilting fabric was the most effective in stopping the spread of droplets from emulated coughs and sneezes.

They also compared a loosely folded homemade face mask, such as one you could make with a handkerchief or T-shirt, a bandana-style face covering and a cone-style non-sterile commercial mask that is usually available at pharmacies.

The researchers said they chose to test these styles of face covering because they are readily available to the general public and do not draw away from the supply of medical-grade masks and respirators for health care workers.

“While there are a few prior studies on the effectiveness of medical-grade equipment, we don’t have a lot of information about the cloth-based coverings that are most accessible to us at present,” said Siddhartha Verma, an assistant professor at the department of ocean and mechanical engineering at Florida Atlantic University and author of the study.

“Our hope is that the visualizations presented in the paper help convey the rationale behind the recommendations for social distancing and using face masks.”

The study published in the journal Physics of Fluids on Tuesday.

The World Health Organization says governments should encourage people to wear non-medical, fabric masks, especially in settings where physical distancing of at least 1 meter is not possible — such as on public transport, in shops or in other confined or crowded environments.
In the US, the Centers for Disease Control and Prevention recommends cloth face coverings to protect others in places where social distancing can’t be maintained.

In the experiment, a mannequin’s head was padded inside to emulate a person’s nasal passages and mounted at a height of 5′ 8″ to approximate the height of an adult male. The researchers “delivered” the sneeze or cough using a manual pump and a smoke generator.

They then used a laser to detect droplets as they were coughed and sneezed out of the mannequin’s head and mapped the paths of droplets and examined how different designs and materials alter that path.

The main challenge for the researchers was how to faithfully simulate a cough and sneeze.

“The setup we have used (is) a simplified cough, which, in reality, is complex and dynamic,” Verma said in a statement.

They found that droplets from a simulated uncovered cough were able to travel more than 8 feet; with a bandana they traveled 3 feet, with a folded cotton handkerchief, they traveled 1 foot, 3 inches; and with the cone-style mask, droplets traveled about 8 inches. With the stitched-quilting fabric mask, they traveled 2.5 inches.

“We found that although the unobstructed turbulent jets were observed to travel up to 12 feet, a large majority of the ejected droplets fell to the ground by this point,” said Manhar Dhanak, a professor at Florida Atlantic University’s department of ocean and mechanical engineering and co-author of the study.

“Importantly, both the number and concentration of the droplets will decrease with increasing distance, which is the fundamental rationale behind social-distancing.”

Linsey Marr, an engineering professor at Virginia Tech with expertise in the airborne transmission of viruses said that the study “demonstrated that simulated coughs travel more than 1-2 meters but that good quality cloth face coverings can greatly reduce this distance.”

However, Marr, who wasn’t involved in the research, said the study did not measure the number and size of droplets and the fog droplets the team used didn’t “necessarily mimic the size distribution of respiratory droplets released by coughing.” She added that the laser method used wouldn’t identify microscopic droplets that people release when coughing.

“These types of experiments are useful to help visualize how droplets travel in air and how effective masks can be, especially for the general public,” she said.

“However, we need to supplement these types of experiments with rigorous, quantitative studies that can tell us how well different masks work, especially for the sizes of droplets that are not evident with the methods used here.”

A higher thread count by itself was not more effective, the researchers said. In their experiment, the bandana had the highest count and was the least effective.

They said their experiment could help health care professionals, medical researchers and manufacturers assess the effectiveness of face masks.

The WHO recommends cleaning your hands before touching a mask, making sure it’s not too loose and covers the mouth and nose. It says you should store it in a clean bag if you plan to reuse it and wash it every day with soap and hot water.

Jessica J. Jeanlouis
Jessica J. Jeanlouis is one women we know who is talented when it comes to compile any piece of information in a way which is readable and sharable by every individual. Being in this field for 12 years, she has experienced everything in the world of news editing. She is truly an excellent Editor.
Share
Facebook
Twitter
Pinterest
WhatsApp
Linkedin
ReddIt
Tumblr
VK
Digg
Previous articleThe FBI has been reviewing Elijah McClain’s death since last year
Next articleAirbus is cutting 15,000 jobs because of the pandemic
- Advertisement -

Morphe is envisioning their future without Jeffree Star.In a statement released on Friday, the makeup company stated they are working towards cutting ties with the...
Read more