The chaplains on the coronavirus frontlines 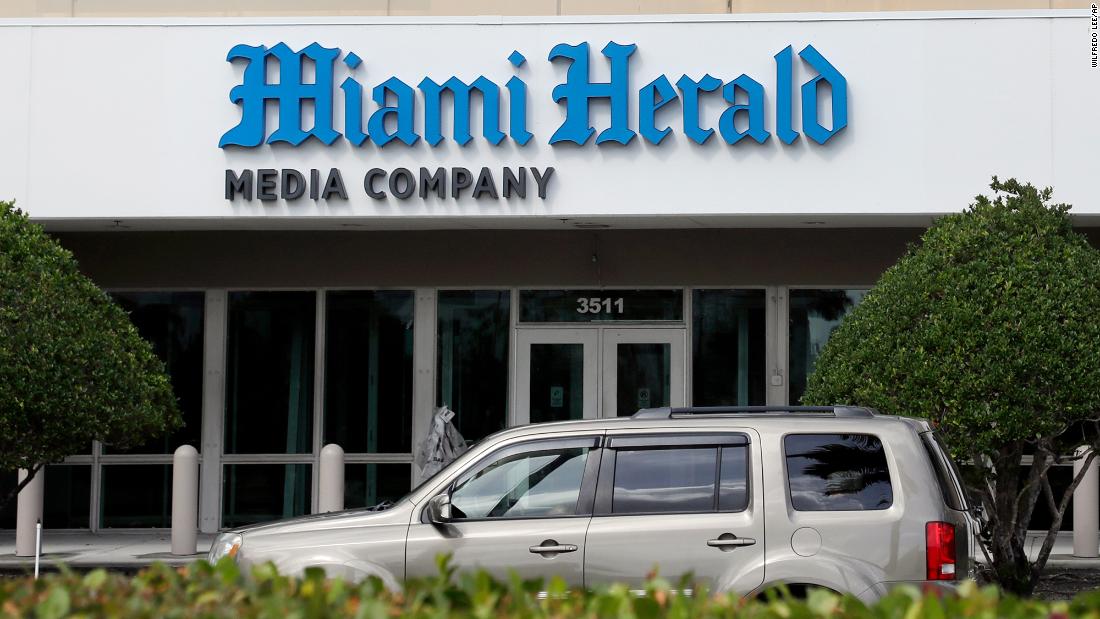 Wednesday is the deadline to submit bids for McClatchy, the bankrupt newspaper firm. This is not your ordinary bankruptcy — McClatchy is a vital local news source across the USA. The company owns 30 titles in 14 states, from the Sacramento Beeto the Miami Herald. Civic leaders are very concerned about what could come next.

“I would strongly urge the bankruptcy court to consider what’s best for our community and Florida when weighing the competing bids for the Miami Herald and the rest of the McClatchy newspapers,” Miami mayor Francis Suarez wrote to the bankruptcy court judge in mid-June. Suarez and many others want papers like the Herald to revert to local ownership… but first we have to see who is bidding.
Wednesday’s deadline is the start of a months-long process. “In the case of multiple bids, an auction will be held a week later,” writes Kevin G. Hall, the McClatchy reporter assigned to cover the proceeding for his company. The court will review the plan on July 24.
As Ken Doctor put it on Monday, “this is the mid-year witching hour for the U.S. daily press,” with numerous possible outcomes. McClatchy’s biggest investor Chatham might end up with the newspaper chain. Or Gannett. Or a group of investors from the “growing civic-good journalism world” who could set up “the country’s first major nonprofit newspaper chain.” Doctor has details here.

Now from one chain of papers, McClatchy, to another, Tribune…

The view from Chicago

Veteran media columnist Robert Feder writes: “Staffers at the Chicago Tribune are bracing for bad news — but hoping for a miracle. Today marks the end of the standstill agreement for Alden Global Capital, the New York-based hedge fund that owns 33 percent of Tribune Publishing shares. That means Alden is now free to increase its stake in the company — including the possibility of acquiring the 24 percent held by Patrick Soon-Shiong, owner of the Los Angeles Times. As majority stockholder, Alden would be free to bleed the company dry through sweeping layoffs and other cutbacks to vital journalism.”

At the Baltimore Sun and in the city’s civic-minded circles, there’s been a move afoot to “Save our Sun” since April. Now the union that represents journalists at all ten Tribune Publishing brands is taking it nationwide. Quoting the press release: “In a sweeping vote of no confidence in Tribune’s current leadership, NewsGuild members at publications including The Capital Gazette, The Chicago Tribune, The Hartford Courant, The Morning Call, The Orlando Sentinel, The Virginian-Pilot and more are seeking local investors who recognize that local newspapers are vital community institutions.” Reporters are promoting the campaign via social media and asking readers to sign petitions.

“We have to do this to try to save what we do,” Morning Call reporter Jennifer W. Sheehan told me Tuesday. “There’s nothing good that will come of a company merger (which is what we expect will happen.) We’ll become a cash machine.” The Morning Call, based in Allentown, is “the paper of record for this part of Pennsylvania,” she said. “Over the past 14 years I’ve been at the paper, we’ve cut so many beats. We have whole areas we don’t cover any more and it’s sad.”

The WSJ has breaking news about Tribune…

Cara Lombardo and Lukas Alpert with the story: Tribune “is in talks to add the co-founder of Alden Global Capital,” Randall Smith, “to its board as part of an agreement that would prevent the hedge fund from making a hostile bid to buy the rest of the newspaper company in the near future.” Evidently Alden is not in a hurry to buy up control of Tribune “because of the instability triggered by the pandemic,” per one of the sources…

Jessica J. Jeanlouis
Jessica J. Jeanlouis is one women we know who is talented when it comes to compile any piece of information in a way which is readable and sharable by every individual. Being in this field for 12 years, she has experienced everything in the world of news editing. She is truly an excellent Editor.
Share
Facebook
Twitter
Pinterest
WhatsApp
Linkedin
ReddIt
Tumblr
VK
Digg
Previous articleTokyo Disney parks reopen after 4-month closure due to coronavirus
Next articlePrimary results: Takeaways from Colorado and Oklahoma
- Advertisement -