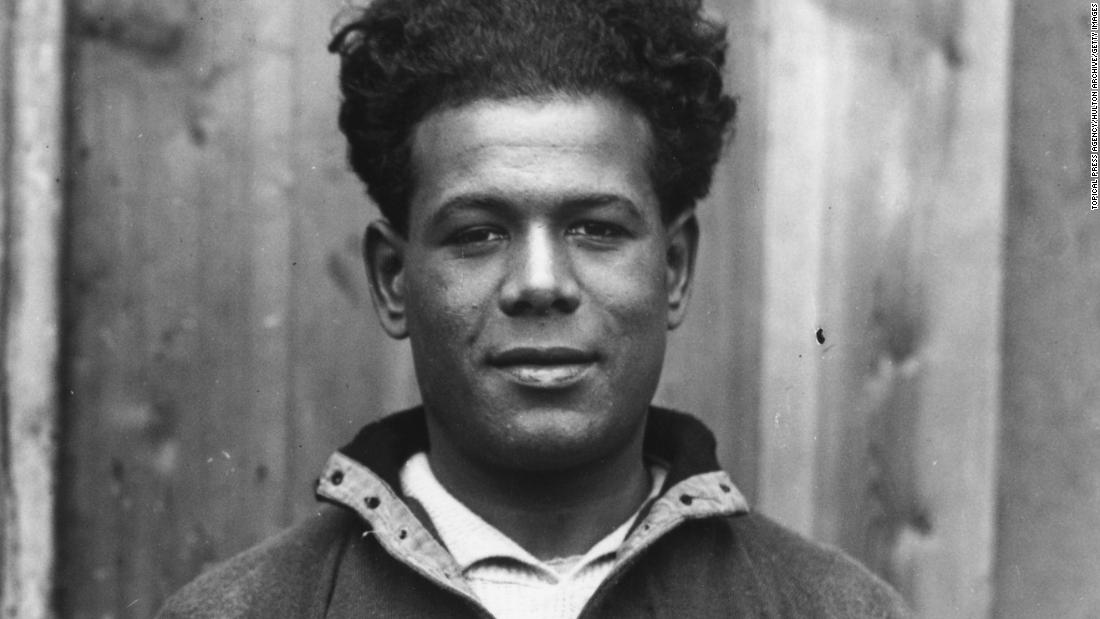 The Jack Leslie campaign hopes to raise £100,000 ($124,000) for a statue to honor Leslie, a striker for English club Plymouth Argyle in the 1920s and 1930s. Former England international Gary Lineker has described Leslie’s story as extrordinary.

Leslie was picked to play for England in 1925, according to the National Football Museum, but the call-up was later rescinded.

“They [the selection committee] must have forgotten I was a colored boy,” Leslie said years after the incident.

“There was a bit of an uproar in the papers. Folks in the town [Plymouth] were very upset. No one ever told me official like but that had to be the reason; me mum was English but me daddy was black as the ‘Ace of Spades.’

“There wasn’t any other reason for taking my cap away.”

Were he to have played internationally, Leslie, who had Jamaican parentage, would have been England’s first black footballer.

Instead, it is Viv Anderson who gained that title in 1978 — more than half a century after Leslie was in line to make his debut.

Leslie passed away in 1988 having scored 137 goals in 401 appearances for Argyle, which has just earned promotion to the third tier of English football, between 1924 and 1931.

The campaign to build the statue has so far raised more than £25,000 ($31,000) and is being supported by the English Football Association and Luke Pollard, Member of Parliament for Plymouth Sutton and Devonport.

“Jack Leslie should have been the first black player to appear in an England shirt but was dropped once selected because of the colour of his skin,” Pollard wrote on Twitter.

“I’m backing the campaign for a statue in #plymouth to remember one of @Only1Argyle’s greatest players.”

The FA did not immediately reply to CNN’s request for comment.

The campaign hopes to place a statue outside Home Park, Plymouth Argyle’s home stadium. If the fundraising target is exceeded an educational element will be added to the campaign.

A number of famous Black footballers have already been celebrated with statues in the UK, including former West Brom players Brendon Batson, Laurie Cunningham and Cyrille Regis.

There is also a separate statue to Cunningham, who died in a car accident in 1989 aged 33, near the home ground of Leyton Orient in London. Cunningham made his professional debut for Orient.

There has been much debate around the significance of statues during the Black Lives Matter movement, with those honoring former champions of the slave trade, such as in Richmond, Virginia, and Bristol, England, being targeted by protestors.

Clinton L. Miller
Clinton L. Miller is our Sport Editor. He's been following Sports since a very long time and he himself is an awesome baseball player. He has worked at Ethical Editor since its launch.
Share
Facebook
Twitter
Pinterest
WhatsApp
Linkedin
ReddIt
Tumblr
VK
Digg
Previous articleHow have people responded to COVID-19 restrictions around the world?
Next articlePeople with delusions understand metaphor differently – here’s how it could help explain schizophrenia

The Hundred Proved a Tremendous Success, but Will the ECB Achieve its Goal?