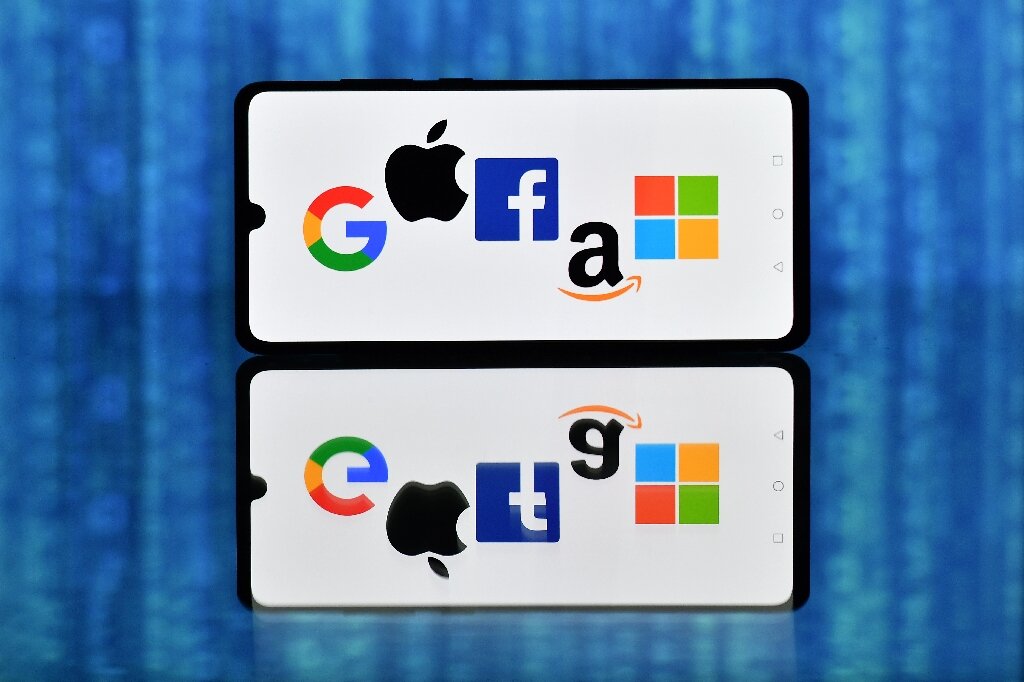 Big Tech goliaths like Facebook and Amazon unveiled whopping profits this week, showing their dominance in lockdown lifestyles is on course to grow well beyond the pandemic.

“Tech wins the day, the week, and seemingly the year,” Futurum Research analysts said of the surging revenues, driven by digital advertising, cloud computing, gaming and booming use of smartphones and e-commerce.

“The strength of tech is clearly untethered from COVID,” they added.

Powerhouses Facebook, Apple, Microsoft and Google parent Alphabet all reported higher revenues even as they face heightened scrutiny from antitrust regulators for their growing dominance of key economic sectors.

Amazon said Thursday that second-quarter profit jumped 48 percent from a year ago to $7.8 billion, even if that showing was below high Wall Street forecasts.

A growing number of consumers turned to Amazon during the pandemic to get everything from tofu to toilet paper, and its cloud computing division also grew to help businesses and consumers stay connected.

The Amazon results capped a series of earnings from the major tech firms that benefited from successive lockdowns, but also the gradual lifting of restrictions.

Earlier in the week, Apple said its profit in the just-ended quarter nearly doubled amid improving consumer spending and a “growing sense of optimism” as pandemic lockdowns eased.

Revenue from iPhone sales jumped some 50 percent and Apple posted increases for its services such as digital payments, music, streaming television and gaming.

Facebook reported its profit doubled in the recently ended quarter as digital advertising surged, but warned of cooler growth in the months ahead in an update which sent its shares sinking.

Google parent Alphabet reported quarterly profit that had nearly tripled, as money poured in from ads on its search engine and YouTube video platform.

Revenue at the global video sharing platform topped $7 billion, a leap from the $3.8 billion brought in during the same period a year earlier, according to Alphabet.

“Those are overarching trends that got accelerated by the pandemic but aren’t going away,” he added.

However, a gradual resumption of in-person activities, will require adjustments from Big Tech.

Amazon chief financial officer Brian Olsavsky said on an earnings call that a reason for missing revenue expectations appeared to be vaccines giving people the confidence to leave home.

“Not only shopping offline but also living life and getting out,” Olsavsky said. “It takes away from shopping time. It’s a good phenomenon and it’s great.”

Google’s cloud computing business competes with powerhouses Amazon and Microsoft, poising them to vie for virtual terrain in an immersive online world.

Microsoft this week reported a jump in profits in the recently ended quarter, keeping strong momentum from accelerated gains in cloud computing during the pandemic.

Transition to relying on computing power and services in the internet cloud as well as working remotely are likely to last, playing to the strength of tech giants powering such platforms, according to Wedbush Securities analyst Dan Ives.

However, a global chip shortage has hobbled production of the wide range of devices enhanced with computing and internet capabilities, from cars to video game consoles.

And, as US tech titans gain clout and wealth, they are increasingly in the crosshairs of government regulators wary of monopolistic abuses and sidestepped taxes.

Despite political pressure, the tech companies continue to spend on bolstering and expanding their offerings.

Amazon made a deal early this year to buy iconic Hollywood studio Metro-Goldwyn-Mayer for $8.45 billion in a move aimed at strengthening its Amazon Prime television streaming service.

Apple is working on self-driving car technology, while Alphabet is already testing a “robo-taxi” service in the United States with its Waymo unit.

Jeffrey B. Gurrola
Jeffrey B. Gurrola is our tech editor for you. He is basically a techie guy. He just loves the technology to the core. Be it web or robotics or any technology this man covers it all. He always keeps track of the Tech Giants in the Silicon Valley.
Share
Facebook
Twitter
Pinterest
WhatsApp
Linkedin
ReddIt
Tumblr
VK
Digg
Previous articleClick News: Untethered bi-pedal robot runs 5km
Next articleEgyptian court sentences 24 Muslim Brotherhood members to death