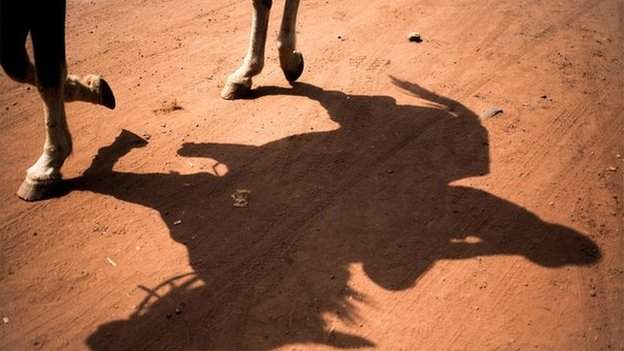 Horseracing authorities are looking into footage of a man climbing on to the back of a dead horse at a gallops.

The video circulating on social media shows a man mount the animal while some of those present can be heard laughing.

It comes a day after Irish trainer Gordon Elliott was temporarily banned from racing in Britain after being pictured sitting on a dead horse.

The Irish Horseracing Regulatory Board said it was aware of the video and the matter was under investigation.

It is not known when or where the video was taken and it has not been linked to Elliott’s case.

Elliot, 43, apologised for a photograph circulating of him sitting on a dead horse and was later temporarily banned by the British Horseracing Authority, pending the outcome of an IHRB investigation.

Elliott said the image was captured “some time ago” and was a “moment of madness that I am going to have to spend the rest of my life paying for”.

There has been widespread criticism from within racing of Elliot, who has saddled the winner of the Grand National three times.