How Plymouth changed things for black sport in the UK 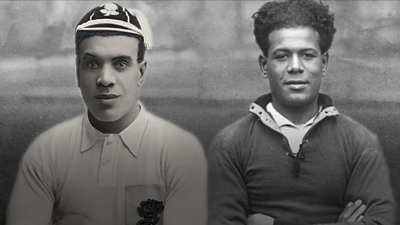 It’s so often a tale of two halves. But this is a tale of two sports, two black pioneers and two very different outcomes. Plymouth in the early 1900s had the first black players to be picked for England in football and rugby union – only one made it on to the pitch, only one is properly remembered – until now.

This is one of a series of films Newsbeat has made to mark Black History Month.

Produced and Edited by Woody Morris