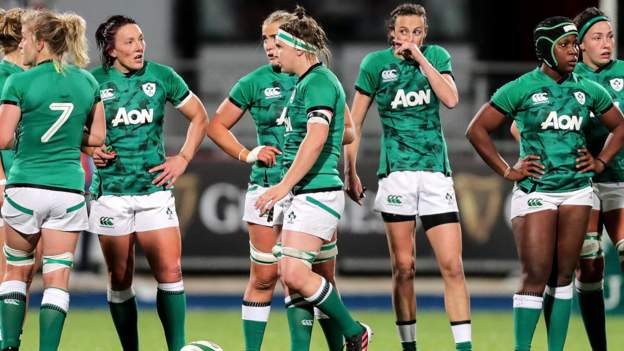 Ireland’s final Women’s Six Nations game against France has been called off because of a Covid-19 outbreak in the French camp.

The match was set to be played in Dublin on Sunday after France agreed to forfeit home advantage over rules that would have forced Ireland players to quarantine for 14 days upon their return.

France played against Scotland in Glasgow on Sunday, where their 13-13 draw confirmed that England would retain their title.

England will go in search of the Grand Slam against Wales this weekend while the tournament’s other outstanding game between Scotland and Italy will double-up as the opening game of the World Cup qualifying tournament on 5 December.