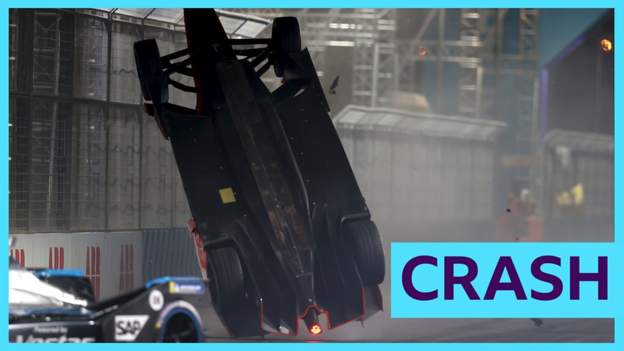 Lynn’s car flew through the air after crashing into the side barrier. Event organisers described him as being “well” after the accident.

There is no sound on this video. Available to UK users only.