Here’s Everything Coming to Netflix in October 2021 – E! Online 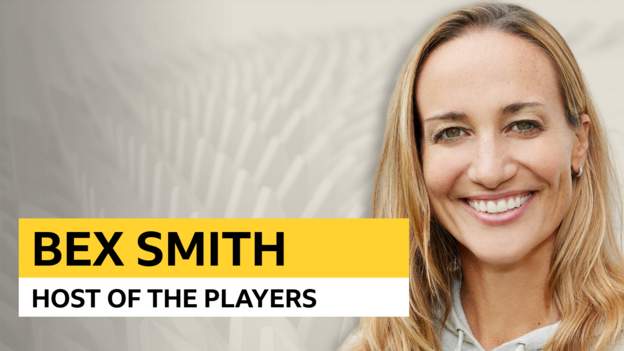 Bex Smith is an American-born former New Zealand international, who has captained her country at two World Cups and two Olympics. She later worked for Fifa, managing the Women’s World Cups, and will be hosting BBC Sport and COPA90’s new podcast The Players, which hands the mic to some of the biggest characters in football to chat all things football and life.

“Congratulations again on a great performance in the opening match of the London Olympics, despite not getting the win. And thanks again, Hannah.”

“Nope, I’m Bex Smith, but you got the second part right, I am our country’s captain.”

It’s not the worst thing that can happen to an athlete, someone getting your name wrong. It’s a mistake that anyone can make.

But when the power is with the media to raise the profile of your sport and promote interest in the game, you hope that, at the very least, they know who their captain is.

This business of mistaken identity can manifest itself in other ways, though.

I can’t tell you how many times I walked away from an interview and thought: “I hope they don’t misquote what I said or take it out of context. I hope they don’t pick something simply for clickbait. I hope what I was intending to say and my real character come through. How many people are even going to read or watch this in the end?”

Ultimately I hoped they understood and tried to help since all I wanted – still want – is more for our sport. Because we work damn hard.

‘Victimised narrative was only rhetoric I saw’

As sports people, we are at the media’s mercy.

But it doesn’t have to be that way.

That’s why we, BBC Sport and Copa90, are bringing you The Players podcast, where we hand the mic back to the players who know the sport, and how they want to be portrayed, best. I’ll be having laid-back chats with footballers at the top of their game and legends of the sport, who are actively involved in curating their episodes if they want to be.

And I can tell you why it’s relevant way beyond women’s football, football, and even women.

When I retired I moved to Switzerland to work at Fifa, organising the Women’s World Cups. I thought it would be an incredible ‘career path’.

But once I saw how my sport and ex-colleagues were perceived by the top decision-makers in the game, I realised investment in the sport was directly related to how much those decision-makers liked the sport.

I never thought of myself as a raging bra-burning feminist. But it seems I have actually become one – if I ever wore a bra now after lockdown – after seeing how investment and attention is allocated in football (and more broadly, for that matter).

I got to a point where I just couldn’t read or watch anything that had anything to do with the women’s game any more.

The sport I’d played, helped organise, and loved for so many years, was somehow being turned into a crappy brand run by people who had never really experienced it.

I learned the most direct and inspiring way to change hearts and minds of those decision-makers was to show them the incredible sport they had never truly been exposed to.

And not with a comparative and victimised narrative for women’s football, which was the only rhetoric I saw for – and I’m not exaggerating – years.

‘We’re not just footballers. We’re so much more’

While it shares some similarities (round ball, 11-a-side, laws of the game, etc) the women’s game is different from the men’s.

It doesn’t mean it always has to nor should it stand alone, but it certainly does not make sense to be a copy-and-paste version either. And what it does mean is that it should take advantage of those differences and build on the unique opportunities that are presented.

Beyond the incredible skill and abilities of players, some of the greatest people and role models for humanity exist in our game.

We’re not just footballers. We’re so much more. We’re doctors and educators and creatives. We’re refugees and mothers. We’re straight/gay/bi/queer/trans and allies.

Collectively, we are more a reflection of a diverse humanity, an accepting fan culture and impassioned communities than anywhere else. And we have so much to say to try to shift the dial and make progressive change.

My determination to try to change the rhetoric led me to helping to launch a production company and all of a sudden I found myself sitting at the other side of the table, closer to the media than I’d ever been.

Being able to make decisions about the tone and way in which we portrayed the sport was exciting, refreshing and, honestly, just really cool.

I’ll tell you the best way to create the coolest brand in the world. Hand the mic to the ones who know it best. Flip the script on who gets to control the narrative and let them build their own brand. Let them help support the incredible media which has grown so much in the past few years to bring more visibility to the game.

Just let us talk and we can all learn more about universally relatable topics like determination, leadership, resilience, relationships, and competitiveness that can be applied in other areas of life, business, and personal development.

You don’t have to be a women’s football fan to fall in love with these humans, and you never even have to watch a match to appreciate their superhero nature. But do, because they’re also jaw-dropping athletes on the pitch too.

‘Incredible humans on football and life’

So there you have the birth of The Players podcast.

A casual chat with incredible humans about football but, more importantly, life.

What does it feel like to carry a nation on your shoulders as the captain? How does it actually feel to miss that penalty against the US in the semi-finals of the World Cup?

How was sprinting on to the pitch in the World Cup only nine months after learning how to walk again?

What’s the key to your determination having been forced to flee your home country and live in a refugee camp before becoming a pro footballer at one of the top clubs in the world?

What’s it like playing against your girlfriend in the Champions League?

What was your “I wish I hadn’t” party moment after winning the World Cup?

Whether it’s hilarious stories, championing what we believe in, some training tips, or just the sick kits, you’re all welcome to the conversation.

I think I hit the jackpot in being able to host this with an incredible team, throwing their full weight behind it. Now if I can only stop swearing in fits of passion, I’d save the editors some time, and we can get this podcast launched!