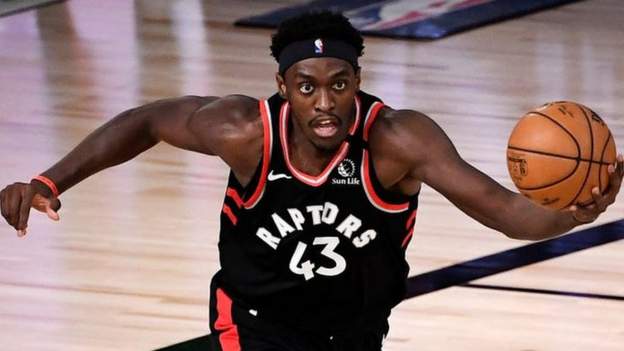 The Toronto Raptors beat the Boston Celtics to level their NBA play-off series at 2-2 in Orlando, Florida, while the Denver Nuggets defeated the Los Angeles Clippers to tie their series at 1-1.

Pascal Siakam scored a series-best 23 points as the Raptors won 100-93 to tie up their best-of-seven Eastern Conference semi-final.

Guard Jamal Murray top-scored for the Nuggets with 27 points as they won 110-101 in the Western Conference semi-final.

“We came out sloppy, came out exhausted, fatigued. We didn’t make any shots, we didn’t get back on defence.

“Tonight we just upped the energy and that’s all it took to win.”

“They were the aggressor tonight,” Leonard said. “A few easy ones didn’t fall early, and that was it from there.”

“We just continue to focus on every possession, every game,” Lowry said. “We know how tough those guys are.”