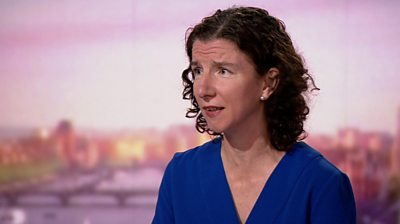 A report published in October from the UK’s human rights watchdog (EHRC) said the party broke the law by failing to stamp out anti-Semitism in the party.

Responding to the report, Jeremy Corbyn said the scale of anti-Semitism had been “dramatically overstated” by his opponents, and he was suspended.

Speaking to the BBC’s Andrew Marr, Shadow Chancellor Anneliese Dodds said the issues addressed in the report applied to the whole party, not one individual.