‘There are worse things to be than a billionaire’s son’ 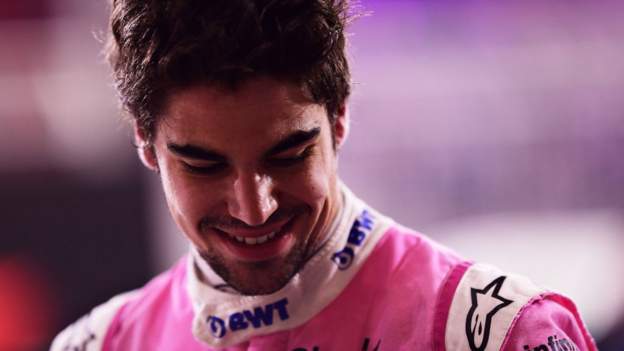 “I get there are worse things to be than a billionaire’s son, I do recognise that.”

For Lance Stroll, money has always been an issue – just never the lack of it.

The 22-year-old currently drives for Racing Point – a team part-owned by his billionaire father Lawrence Stroll.

And while Stroll is still searching for his maiden Formula 1 victory, he has two podium finishes this season to add to his third-placed finish in his 2017 debut season. The Canadian recorded his first and so far only pole position at the Turkish Grand Prix in November.

Stroll finished third at last weekend’s Sakhir GP. But the race was won by team-mate Sergio Perez – who is being replaced at Racing Point by four-time champion Sebastian Vettel for next season, leaving the 30-year-old Mexican without a drive.

Stroll keeps his seat in his father’s team for 2021 and wants to make it clear he’s not expecting any sympathy. However the Canadian driver is frustrated with the constant whispers – that privilege and not talent or hard work is responsible for what he has achieved so far in the sport.

“Formula 1 is extremely expensive. There have been a lot of drivers with plenty of talent that never had that financial support, and unfortunately never made it – that is sad but that’s the sport we’re in,” Stroll tells BBC Sport.

“This has been what it’s like from the start. Even when I was karting I would get bullied for my background – just like picked on, people saying I had an easy ride.

“I got used to that at a young age. I’ve always thought to myself that I’m just going to do my talking on the track.

“The rest is noise; it’s part of the circus. I think the important thing is for me to recognise that and use it as positive energy, just to use it as fuel and try and prove people wrong,” Stroll says.

With the careers of Williams driver Nicholas Latifi and Nikita Mazepin – who will race for Haas in 2021 – also funded by their very wealthy businessmen fathers, questions about whether F1 is really a meritocracy remain.

If his family’s finances and influence helped him gain access to the racing world, Stroll says it’s always been his mission to ensure his performances are what keeps him there.

With the nature and expense of motor racing, most Formula 1 drivers have had financial backing – whether that’s through family, sponsors or investors. Stroll’s backer just happens to be his dad – something he believes he’s judged negatively for.

A student of the sport, Stroll fell in love with speed at the age of six when he received a kart as a birthday present. Still an avid skier and golfer, he also played American football and hockey but says it was motor racing that excited him most.

“I would wake up on a Sunday morning back in Canada and turn on the Formula 1 races. I was a big Michael Schumacher fan and he was the guy winning the races when I was growing up so I always looked up to him.

“Then I got a little go-kart. That summer we set up some cones in the parking lot and I would just drive around the cones for hours every day. That’s kind of where I got the bug from and it just took off from there.”

Drivers who reach the pinnacle of motor sport often share a career path.

Like so many before him, Stroll graduated from the karting series and also boasts Italian F4 champion (2014), Toyota Racing Series (2015) and FIA European Formula 3 champion (2016) on his CV.

But while he has enjoyed successes at the lower levels, his transition to the sport’s peak has not gone as well as he had hoped.

Racing Point have enjoyed an excellent year, topped by Sunday’s first race win in Bahrain. They are third in the constructors’ championship going into this weekend’s season-ending Abu Dhabi Grand Prix with only Mercedes and Red Bull above them. They have nearly tripled their points tally from last season with one race still to go – but Stroll wants more.

“The goal is and has always been to be a world champion. I’m sure that’s everyone’s goal, up and down the grid. I don’t think any of us, well I know I definitely wouldn’t compete if I didn’t want to be world champion and win races,” says Stroll.

Although he grew up with Schumacher as his idol, Stroll says seven-time champion Lewis Hamilton is deserving of the title of the greatest of all time.

“He’s demonstrated that with his runs of pole positions, race wins and so on and you can’t really argue it. The stats say ‘GOAT’ for sure,” says Stroll.

He says he hopes to cement a legacy of his own – with Racing Point or another team should his future lie elsewhere.

He is also excited to see what impact the new rules expected to be introduced during the 2021 and 2022 seasons – including a team budget cap – have on improving competition.

“I think this could really mix things up, level the playing field, and by then who knows who will have the best car or what Formula 1 will look like,” he says.

Four years into his Formula 1 career, Lance Stroll remains something of an enigma.

The Canadian has looked pretty average much of the time, comfortably beaten by proven team-mates Felipe Massa and Sergio Perez.

And yet he has produced some exceptional results, such as qualifying a back-of-the-grid Williams fourth in the wet at Monza in 2017, or putting his Racing Point on pole in Turkey in October and commandingly leading the first half of the race.

He has scored three podium finishes, but when he had a chance to win a race put on a plate for him in this year’s Italian Grand Prix, he threw it away by making a hash of a restart.

As such, he still has plenty to prove, but he is in the fortunate position of not having to worry about losing his seat while doing it.

Odessa D. Turner
Odessa D. Turner another creative girl on content team. When she's not writing or editing, you'll find her watching the Real Housewives of Anywhere or eating a fassos shawarma as a meal.
Share
Facebook
Twitter
Pinterest
WhatsApp
Linkedin
ReddIt
Tumblr
VK
Digg
Previous articleThese were the most Googled recipes of 2020, so how many have you mastered?
Next articleCovid tests for pupils in hotspots not mandatory, says head