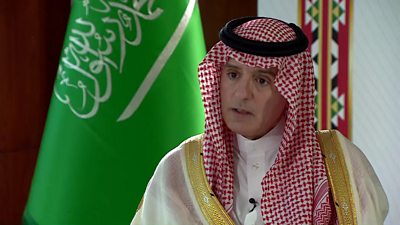 For the first time the G20 meeting of the world’s leading economies is being hosted by an Arab state.

A broad agenda is on the table, but the meeting – held by Saudi Arabia – is being overshadowed by questions over the kingdom’s human rights’ record.

The BBC’s Lyse Doucet asked the Saudi Foreign Minister Adel al-Jubeir if he was disappointed by calls to boycott the summit.