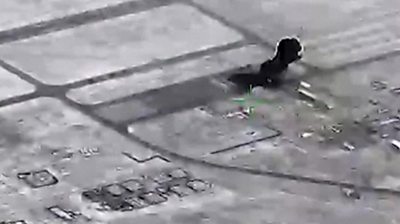 No US military personnel stationed at the base were killed, but more than 100 were later diagnosed with what the Pentagon called “mild traumatic brain injuries”, which can include concussions.

Iran targeted Al Asad in retaliation for a US drone strike in Baghdad earlier that month that killed the top Revolutionary Guards commander Qasem Soleimani.

Marvin Z. Kavanaugh
Marvin Z. Kavanaugh is a jack of all trades. He is basically a traveller. He travels across the globe to capture a news.
Share
Facebook
Twitter
Pinterest
WhatsApp
Linkedin
ReddIt
Tumblr
VK
Digg
Previous articleAll the cool girls are wearing this Parisian brand on Instagram right now
Next articleTaapsee Pannu, Sona Mohapatra & Others React To SC Asking Rape Accused To Marry The Survivor